^06 earthenware, fired to ^01 (about 2050F)---no problem! I didn't mean to go that hot, but now I know that the clay (Laguna's EM344 w/grog) can take it without deforming, and my glazes were fine too, except on several pots that were on a different clay (Laguna's EM334-Ward's Red). I have a turquoise glaze that was fine on the first clay, but appears to have boiled, leaving craters, on the EM334. These two dishes have a thin wash of clear glaze on the outsides- see how dark the clay got at that temperature.

Here are the dishes with the glaze that looks like it bubbled. I will reglaze them and re-fire them. The salsa dish has clear glaze on the exterior. The square dish has no glaze. I combine bisque and glaze-firing at earthenware temps. 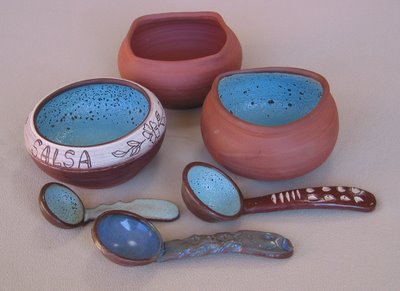 The same turquoise glaze bubbled on the spoons too, but the blue didn't...it's a different base. 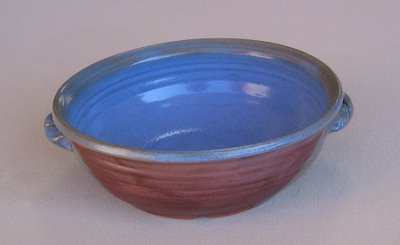 Here is a 10" baking dish. The blue color didn't photograph accurately at all- it's really a colder blue...same with the 13" bowl below. 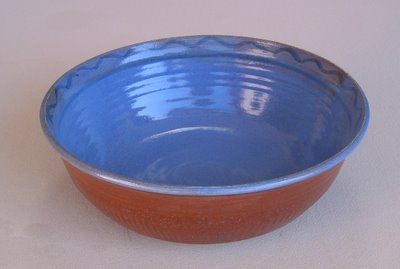 This 15" platter had Mason blackberry brushwork on the flowers...all gone, too hot. Good thing I outlined with cobalt. 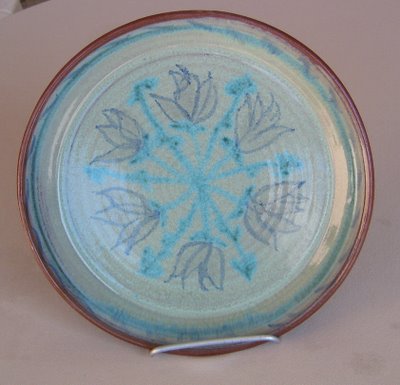 Again, this blue photographed more "electric" than it really is. I can send a color-corrected version if anyone asks. 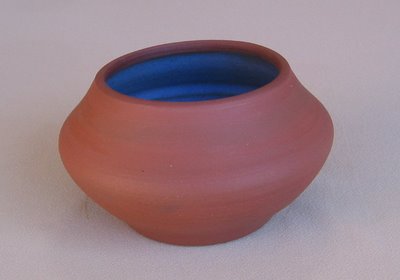 This platter is about 14" across. Everything got soft and subltle at this temperature. 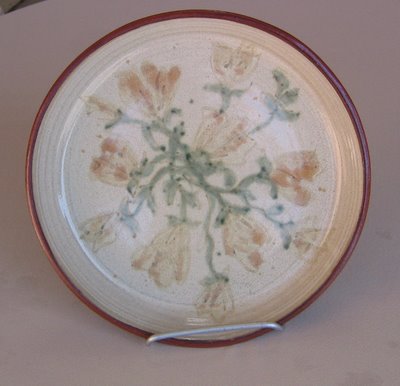 You can see chatter marks on the interior of this bowl. I don't normally do any trimming on interiors, but did this for the textured effect. 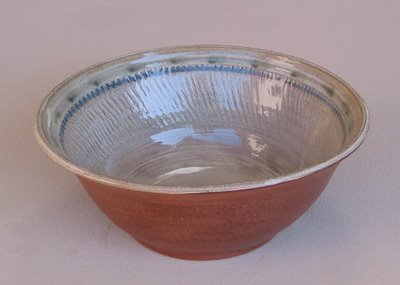 Do you mix your own glaze?