I did a glaze firing last Saturday and will post pictures of the pots, below: 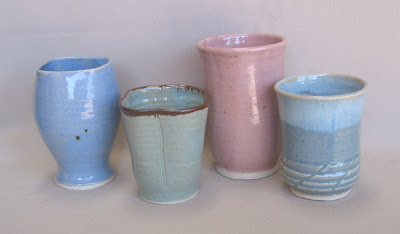 I like making tumblers of differing shapes. Yes, those are iron spots on the far left one-volcanic ash added to the glaze. There are more inside. I expected more outside too! 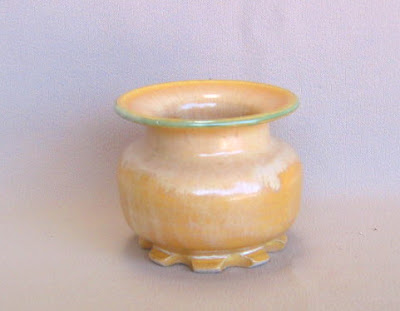 This little pot is about 3.5 inches high. The top was dipped in a rutile/titanium wash. 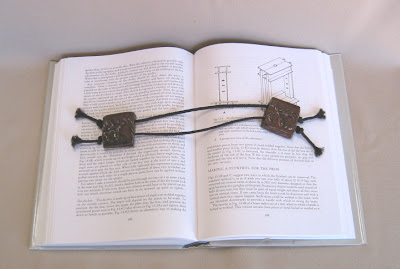 I made these for myself, because I had a need for them, and made extras, of course. I need a catchy name for them...Page weights, Pageminders, Book weights? 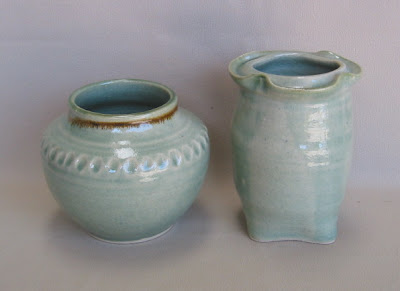 The pot on the right was thrown upside down, and a pad of clay added for the bottom. 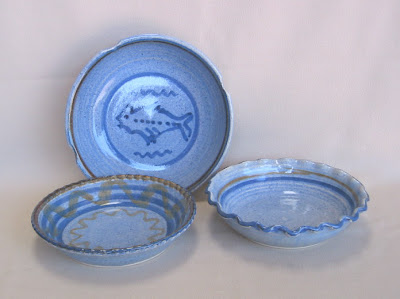 I had some extra bowls in this load for our local "Empty Bowls" event, but didn't get them fired in time. 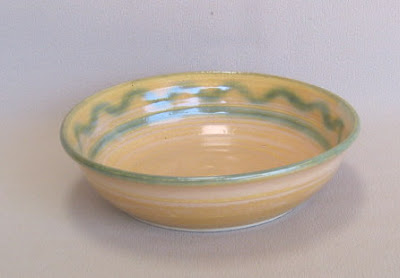 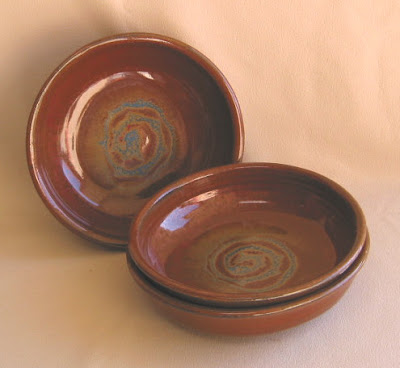 These go with the set of dishes from an earlier posting (a few ran past the foot in that firing, so these are replacements) Below are dessert dishes for the set- 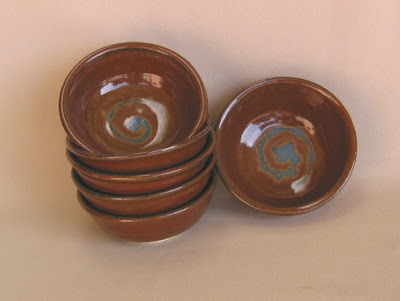 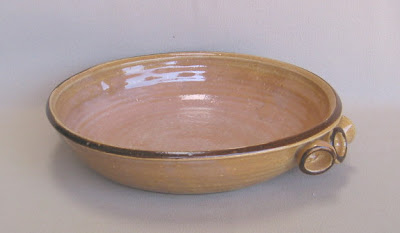 This is a ten inch baking dish. The glaze is Italian Straw from Laguna. Actually a cone 5 glaze, but it went to cone 7, no problem.
This firing was one of the few where I had cone packs on each shelf. I used 6,7, & 8 cones. The top shelf went to cone 7, and the rest of the kiln went to cone 8 really flat! I have both digital and analog pyrometers. The analog one registers low at the top of the firing, and the digital one went to 1240C, which is only between 6 and 7. But I do hold at the top, so it's heat work, I guess.
I used all the cone packs because I was doing some tests with rice hull ash, replacing the silica in one of my recipes, and wanted exact info on the temp. I reached.

I had suggested "Open Book" as in "My life is an ...". But what occurred to me at first glance was "Page Lock" because they looked like tiny padlocks, or could be made to do so. Now I think I know what I've done wrong; that UserName thing. Gini