It's hard to believe I last posted in October. Well, I had a big hiatus in the clay part of my life. I was one of the hosts of an Artists Studio Tour on October 3, and had put a lot of energy into that, firing 3 times in September and working on my studio, so when that was over, other things took precedence for a while. I finally got enough things made to do a bisque firing the end of November and a glaze firing in mid-December, in time to mail off some Christmas presents. 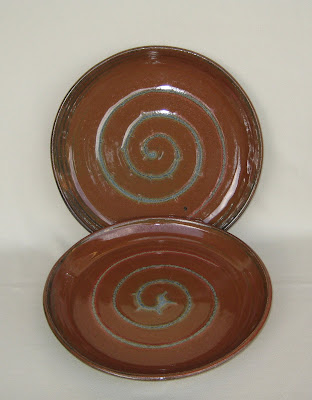 These two plates went to some friends in Texas- they had some breakage of a set I had made them last year. I was anxious about getting the iron red to turn out, but followed a successful firing schedule exactly, and they are ok. I've had redder, but it was from when I had a different batch of RIO. I plan to test more iron oxides this year, and find a good one. 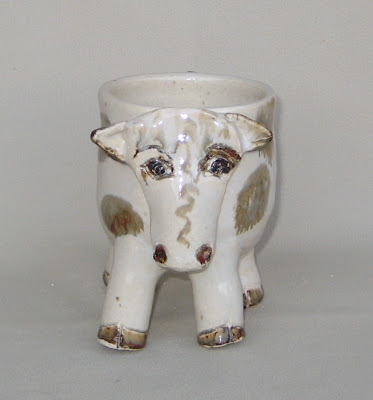 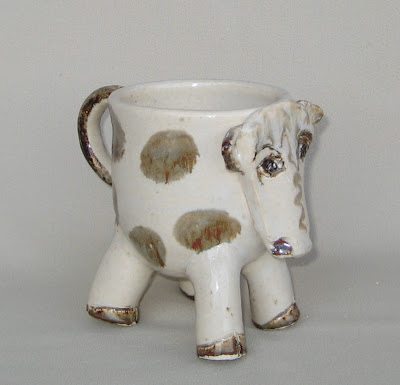 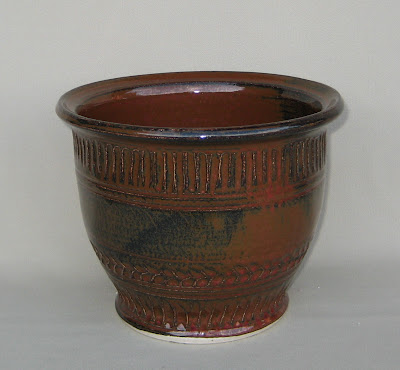 There is quite a bit of repetitive carving on this cachepot. 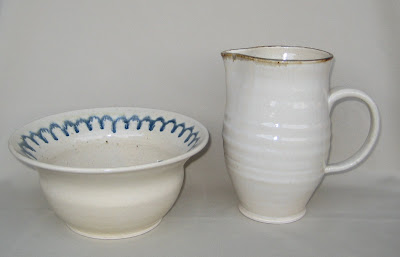 A nice serving bowl, ya think? Well, too bad, there is a blue smudge on the part of the border that's hidden. 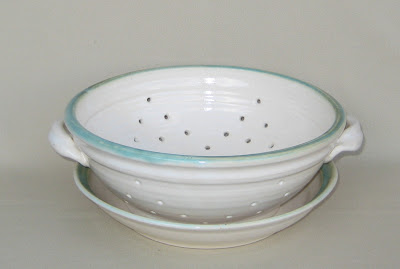 This berry bowl set (about 10" in diameter) went to my sister in law- her other one had a mishap. 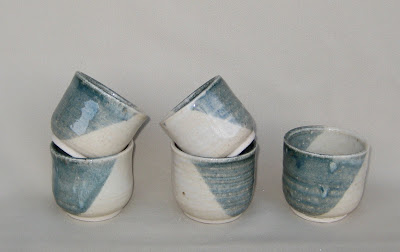 ...5 little teacups. The second dip is a deep green when used alone- I was surprised it was so pale over the white.

The first cup shows the deep green I mentioned . The second from left cup had tiny copper crescents embedded around the top. My son gave them to me-they were a by-product of some copper nibbling he was doing. So I gave him the cup for Christmas- he likes it. These are actually all bigger than normal mugs- that's why I did a beer-mug style handle on them. 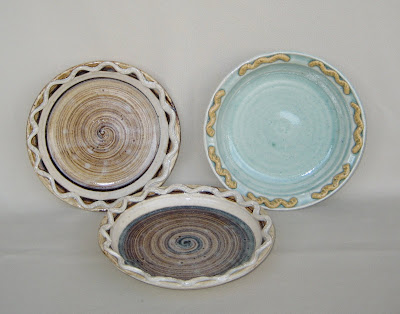 These small serving plates all have applied strips of clay. 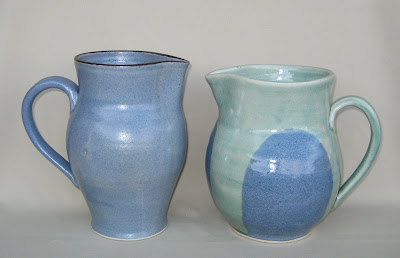 The pitcher on the left pours really well-the one on the right -not quite. It's perfect outside of that, haha.