I did a glaze firing last week, and here are pictures of everything except a few things that need to be refired.


These toothbrush holders are for a friend-she wanted there to be holes for 3 brushes, so that's what I did. You just can't see the other two holes.

This is a double-walled pot, thrown upside down. It is about 9" in diameter. It is one of two pieces I entered in the Cypress Gallery spring show. 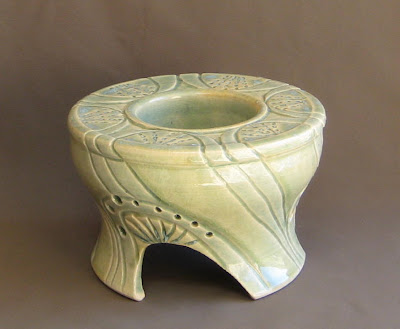 A friend likes to barbecue oysters in actual oyster shells, after dipping them in a coating mixture, but then it's a big job cleaning the shells so we wondered if ceramic shells would work. I wedged grog and kyanite into the stoneware body, and made shapes just reminiscent of oyster shells, and have suggested gradual heating. 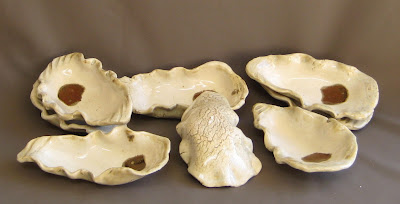 This was a refire from last time. It seemed boring, so I added the color accents. 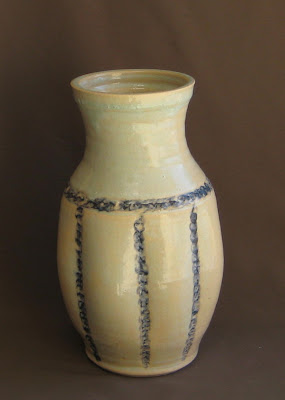 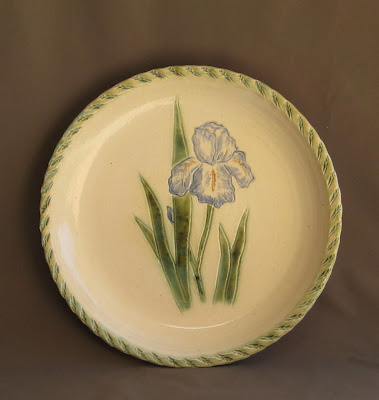 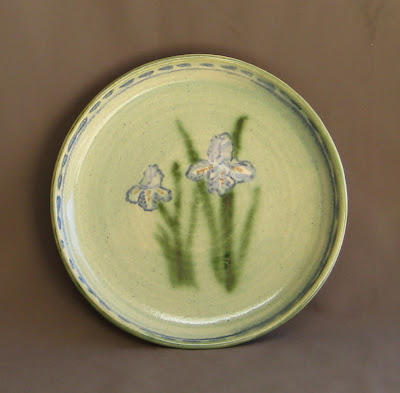 Also a refire from the last firing. It was plain white, so I dipped it into my dark green glaze, and got this gray-green. I like how it moved over the throwing rings. 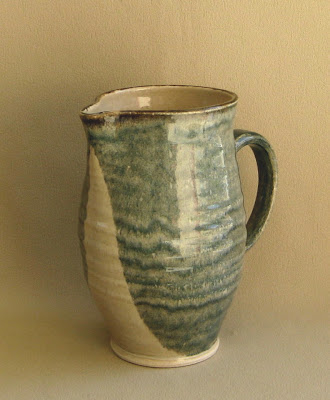 This is the other entry for the Spring Show, also thrown upside down. I used the Touchtone iron red glaze, with a flux mix in some areas. This batch of iron red is just not coming out right, and I am going to mix up a new batch with different RIO. I have some nice areas of red here and there, but it's mostly this chestnut color. 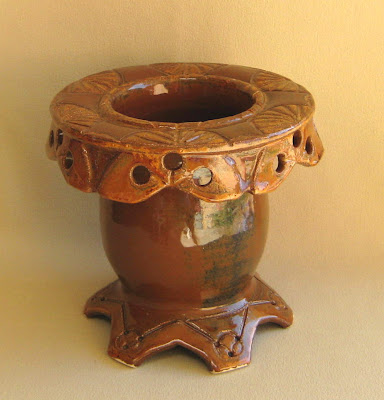 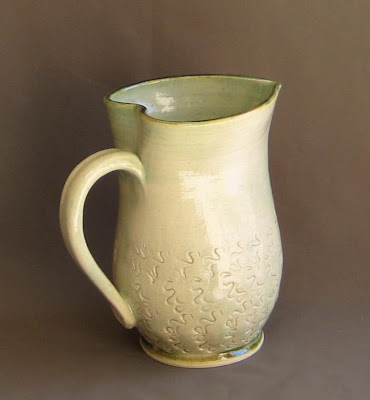 This compote is about 9" wide and tall. 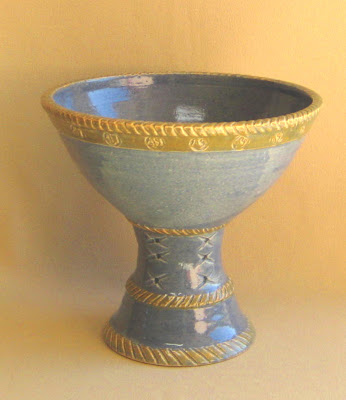 I think these goblets look like they should be shown at a Rennaisance Fair...I threw them upside down, so see how that would work, and it worked pretty well- just had to add a small ball of clay in the middle, after necking in, and smooth the inside later. The larger one is about 4.5" across. 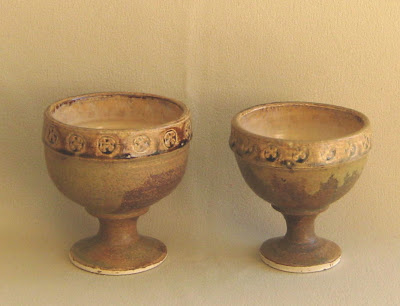 ann, wow I like your blog page. the tree with the basket is great idea ,and the flower fest stuff with the poppies is nice...lenny