MORE POTS, never a bad thing- these are from a glaze firing this past weekend:
I think a lot of potters play around with this idea- a plate of fake food. I started to type: "a fake plate of food", but realized, hey- it's a real plate. Anyway, I've had some of these components around for a while, and finally decided to try it. Actually it was in my previous firing, but it really needed improvement, so I added a band on the plate, changed the cookie color and tried to improve the green on the peas. Taking the photo in full sunshine helped a lot- it's still not that appetizing. 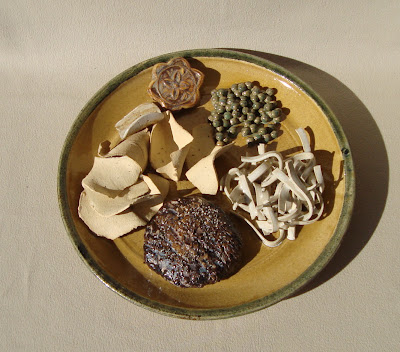 I will get a hanging lamp kit at the box store, and finish this. It's about a foot in diameter. 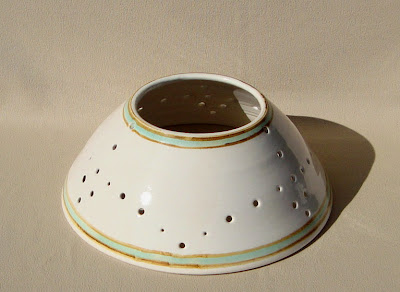 This dish as about 7" long. The impressions were made with a round shell that had a hole in the middle- my grandson's found it. 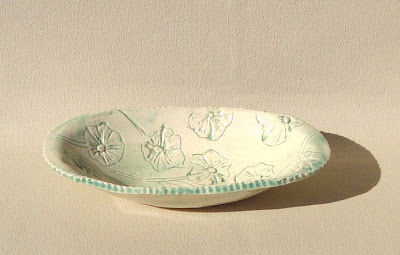 This one is almost 15" wide , 3 inches deep. It's a keeper! (by that, I mean it has something wrong with it, so I'll probably keep it). I had a few test bottles on the shelves above this pot, and some particles jumped off and fell through the crack between the half-shelves. The particles are some big volcanic grit that I had dipped the sides of the bottles in, then fired them "grit up", in case the grit wanted to slide off. I didn't think it would be jumping off! There were about 8 dark specks on one side of the bottom of the bowl. After a little sanding, the area is fairly smooth, but doesn't look good. Am surprised it's hard to see in the picture. 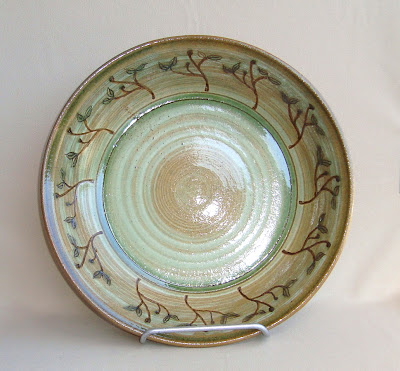 This plate is 12" wide, and actually turned out about the way I hoped it would. 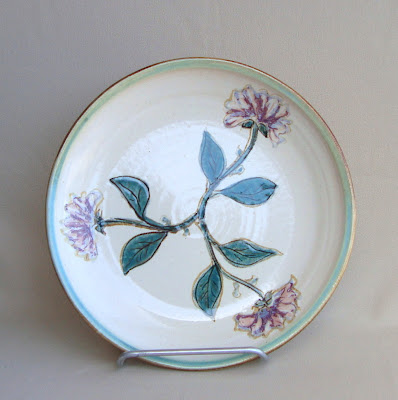 These are some of the bowls (soup size) I made for the "Empty Bowls" charity event. I have some more similiar ones from the previous firing. 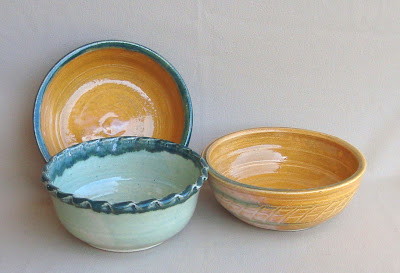