A friend ordered two baking dishes. I did standard dips while glazing them, and the glaze ran just enough to form those "corners". 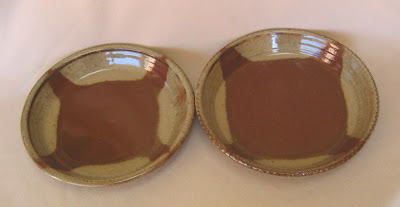 -a ten inch high vase, iron red glaze. I think I posted a picture of this earlier. I re-dipped and refired it- it's redder now. 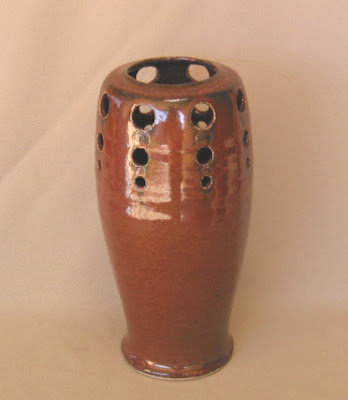 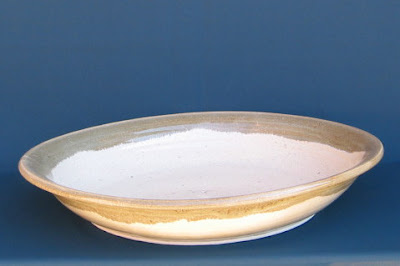 This is another re-fire. It had the same combination as the bowl above, which I didn't care for on this vase. So I gave it another layer of a creme glaze and since I happened to fire this load a bit hotter than usual (don't ask) it ran nicely. 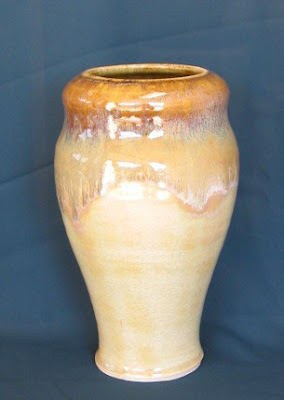 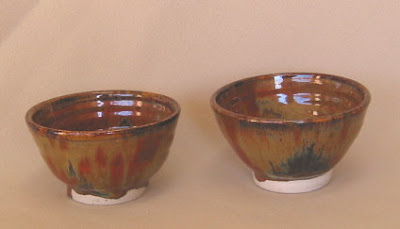 I planned the alternating runs on this bowl and the plate below, by brushing areas of flux before striping. 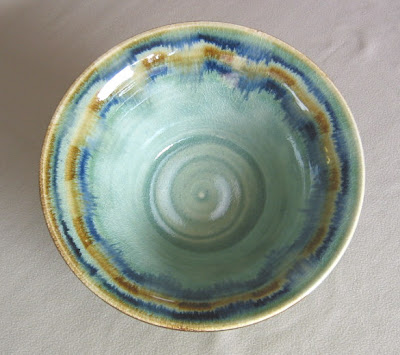 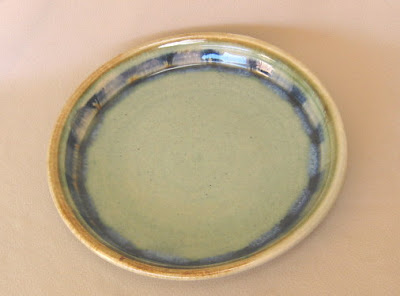 Is the vase above the same one that is currently at the Gallery (indicated as "refired")? The color in the photo doesn't look quite the same. It should be up higher or in a different location though because the glare from the window behind it doesn't let you see how beautiful the glaze is. If you get this, it will be a miracle! I sent one to Iris which got though. Weird.